Suddenly, as rare things will, it vanished.~Elizabeth Barrett Browning

On Saturday afternoon several tornadoes touched down in our area–a very rare and fearful sight–arriving just in time for this week’s photo challenge.   The warning sirens outside and inside our apartment building drove us down into the basement.  (Sorry to disappoint you if you were expecting shots of a tornado,  but I’m not a daring and intrepid photographer who chases them in my car or goes out on the roof as the vortex nears!)  Neighbors joined us in the basement, as well as a dozens of visitors from the hotel on the first few floors of our building, including a very nervous bride and groom and their wedding party.  They were already dressed in sequined gowns and black tuxedos and were waiting for the storm to pass so they could finish taking their wedding photos before the ceremony.

Fierce winds and torrential rain lashed the city for a good half hour.  Then, just as suddenly, the rain stopped and the sky cleared.  We took a walk outside checking for damage.  Fortunately, two tornadoes had passed over us a few miles to the north and south.  The sky was still turbulent, but patches of blue poked through. 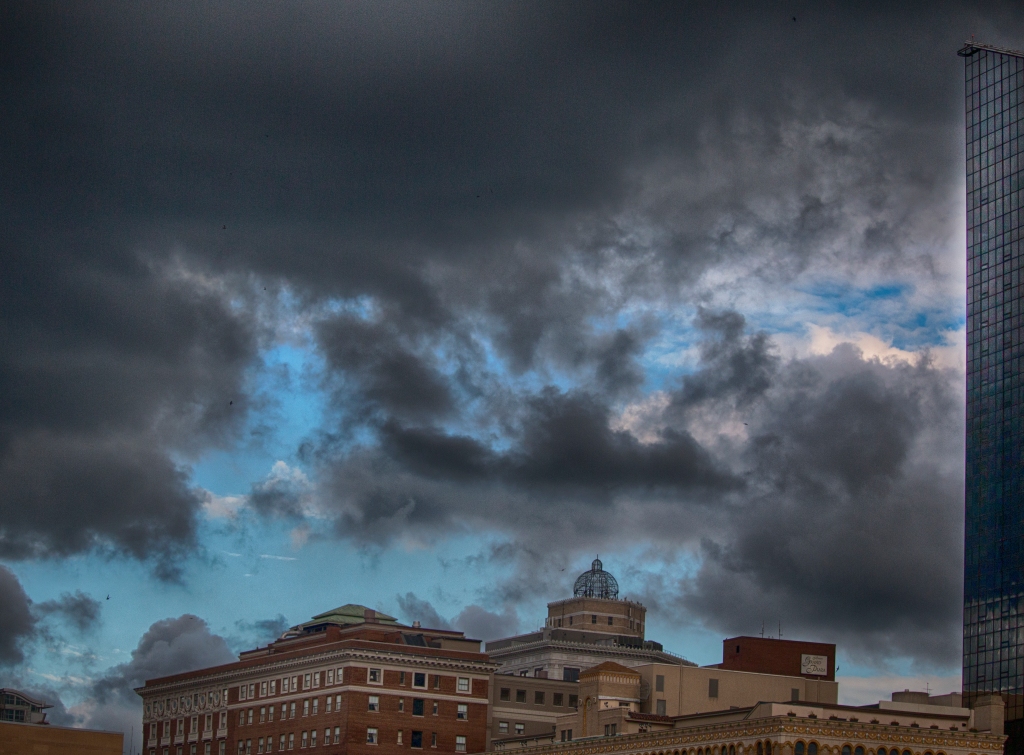 Sky Over Grand Rapids. Shot with a Canon 70D.

A few wedding parties dashed outside to take pictures on the iconic Blue Bridge–a local landmark.  We saw three wedding couples and their entourage on the bridge within the next half hour. 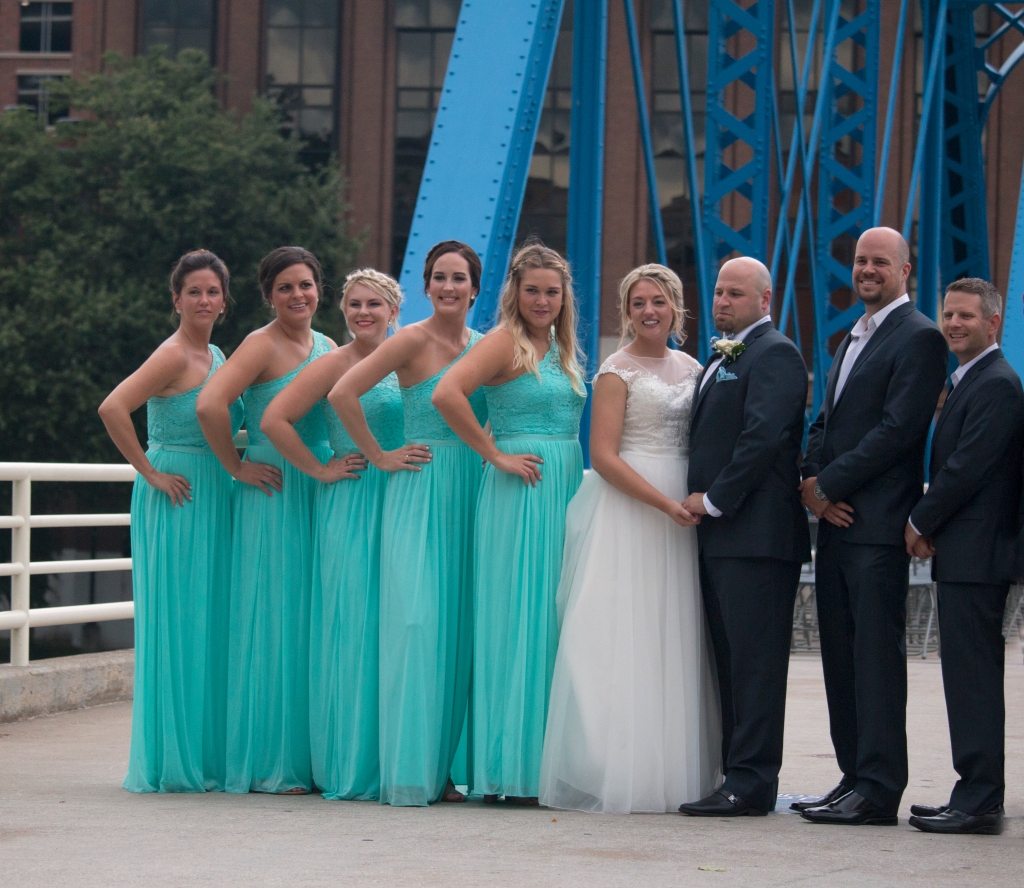 The Wedding After the Storm. Shot with a Canon 70D.

One of the bridesmaids couldn’t resist a friendly pat on the flank of an agreeable horse pulling a buggy. In front of the Gerald Ford Museum, I took a shot of a statue of an astronaut.  In the helmet, you can see a reflection of  a “mini me” and the storm clouds starting to gather again. 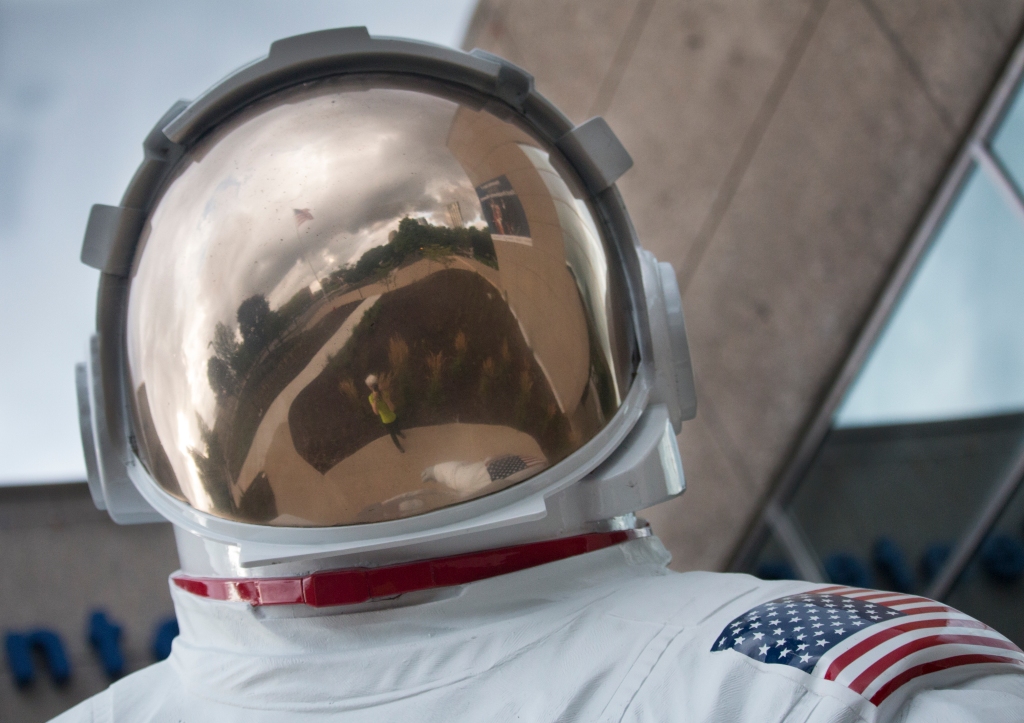 A Selfie at the Gerald Ford Museum. Shot with a Canon 70D.

Determined musicians were playing jazz in Rosa Parks Circle when the rain started to fall again, scattering the crowd. 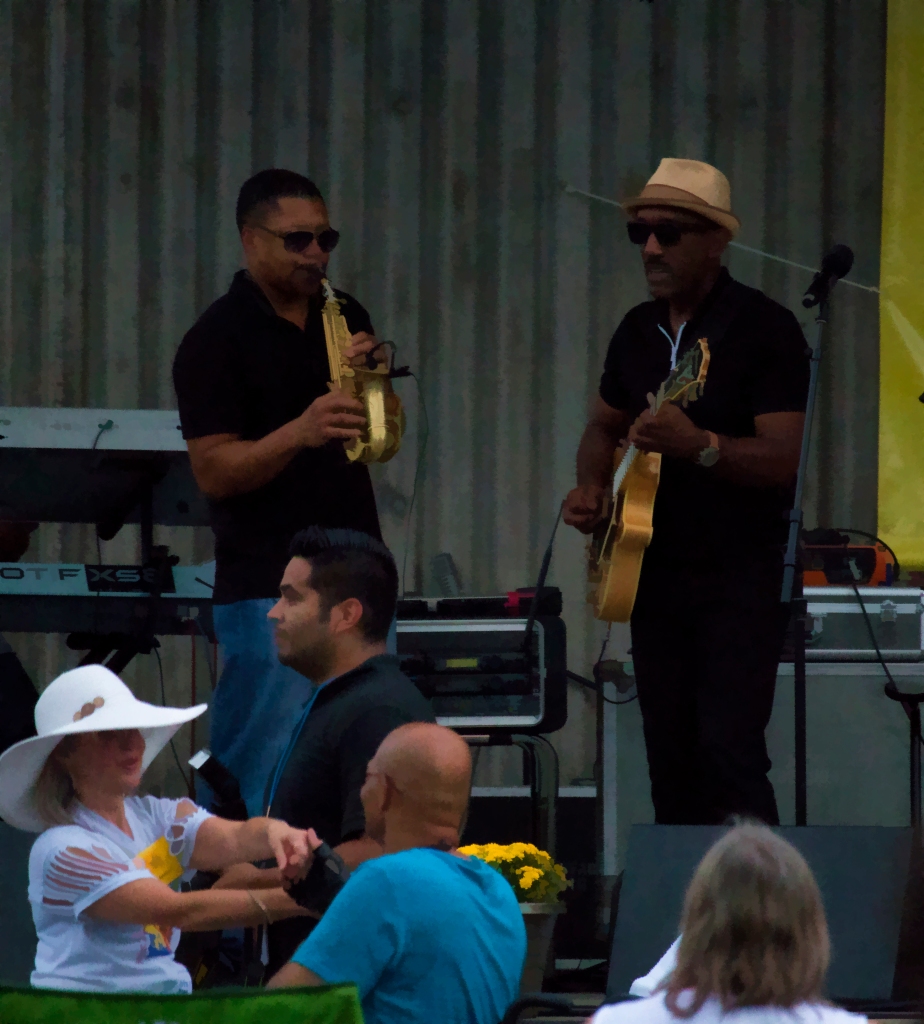 Grand Jazz. After the Tornado. Shot with a Canon 70D

We were fortunate, but areas just to the north and south weren’t.   A few homes were destroyed and thousands are without power, but thankfully, no lives were lost.

Wishing you all lots of sunshine and clear skies this week!