For this week’s Travel theme for Leanne Cole’s Monochrome Madness photo challenge, I dug deep into my archives for this interior shot of the Arc de Triomphe in Paris.

It brought back memories of  a trip with our teenage son, a reluctant traveler, who would rather spend his time watching TV in the hotel room than exploring one of the most magnificent cities in the world.   We enticed him to go to the Arc de Triomphe, which merited a “Mheh” from him.  He was more impressed with the interior.  We climbed the steps to a gallery which opened up to a balcony overlooking the Champs Elysee.  While the traffic streamed under us, he looked out on the city and grudgingly admitted it was “pretty cool.”  (Sigh). 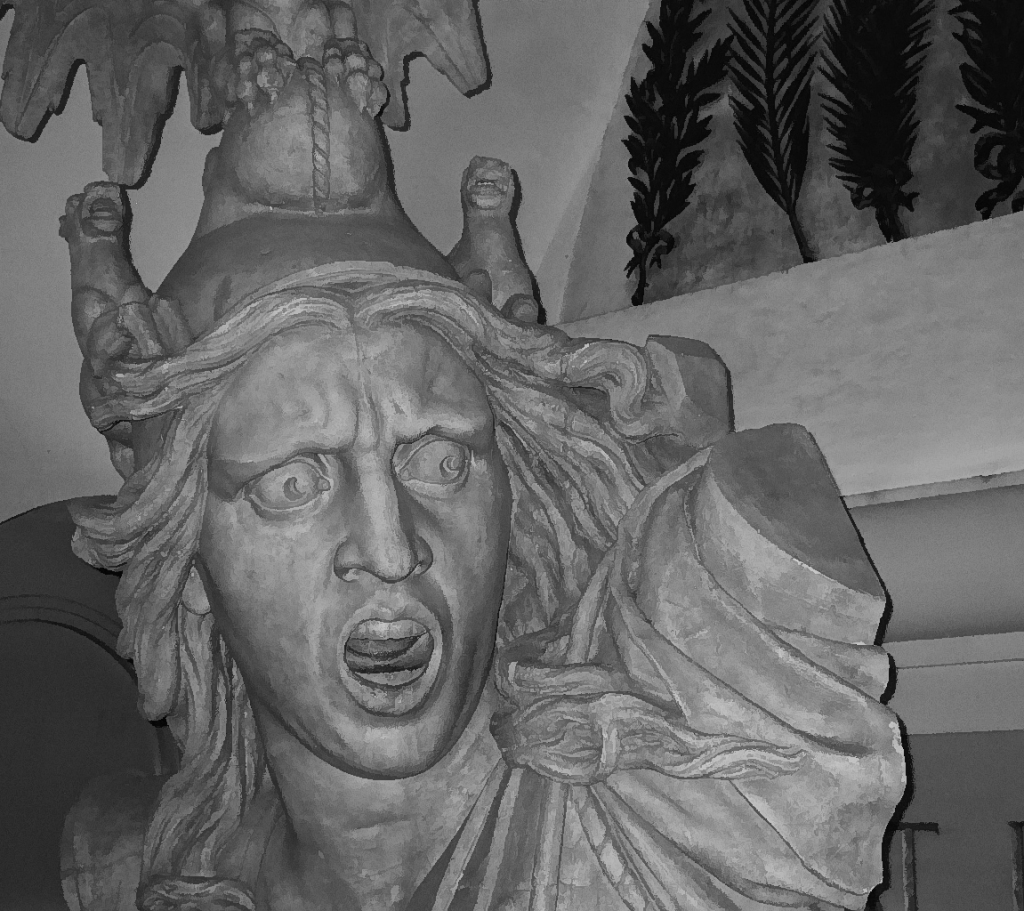 Before we headed downstairs, I shot this statue from Francois Rude’s magnificent sculpture La Marseilles.  It is part of the bas relief, which also appears at the base of the monument.

P.S. For those of you with travel with teenagers, there is hope.  Flash forward to today– our son is an avid world-traveler.

And have a great week, everyone!