One Page: A Quiz–Do You Know These Fascists?

Before mass leaders seize the power to fit reality to their lies, their propaganda is marked by its extreme contempt for facts as such, for in their opinion fact depends entirely on the power of man who can fabricate it.”― Hannah Arendt, The Origins of Totalitarianism

Recent events have thrust fascists into the center stage in America and around the world.  Many of us think fascists are easily recognizable by their messages of hate, their racist ideology (anti-immigrant, anti-minority, pro-Caucasian), but I suspect that we know less about fascists and fascism than we think we do.

Let’s start with a little quiz.  Can you identify the 3 men pictured below?  They are all famous fascists from the 20th Century.

Do You Know These Fascists?

If you identified them as a young Josef Stalin, Benito Mussolini, and Mao Tse Tung (in that order), bravo!  You may be as fascinated with dictators as I am.   These 3 men fought their way to power and held on for decades.  They are characterized by their charisma, egotism, their ability to seize and capitalize on the dreams of their people,  their mastery of publicity, and their iron-fisted grasp of power.  Together, they were responsible for untold suffering, bloodshed, and the deaths of millions of dissidents in the 20th Century.

But do you know these two men?

You may be surprised that they both had large followings in America in the 1930’s and 1940’s.

Born in Germany, Fritz emigrated to the United States in the 1920’s.  An impassioned follower of Adolf Hitler, he rose to power in the German-American Bund.   A fervent anti-Semite, he gained thousands of followers by appealing to American patriotism, while rallying them to the Nazi cause.  His goal was to have a Fascist in the White House. 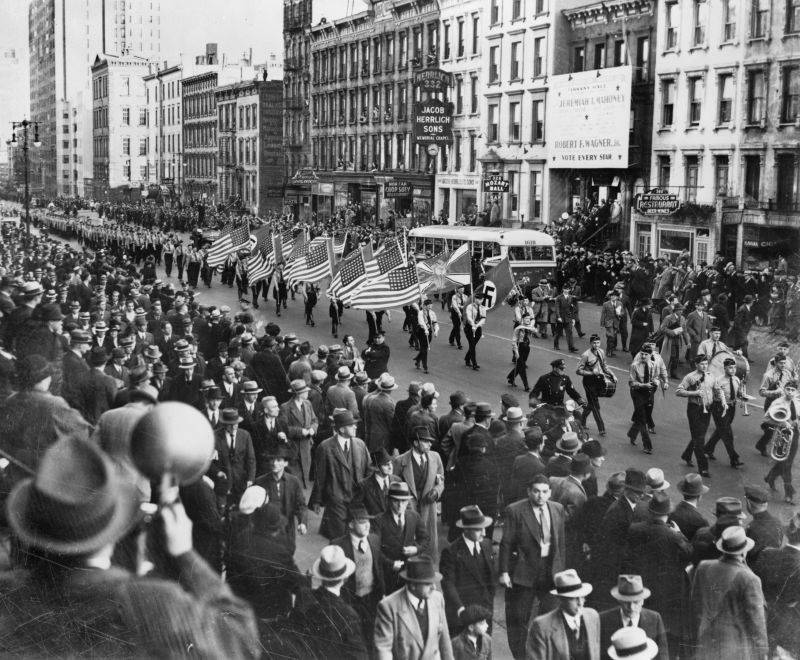 A Bund parade in New York, October 30, 1939. At this point in history, war was declared in Europe. The U.S. would remain neutral for another two years. (Credit: Library of Congress)

Kuhn’s dream never materialized.  But he succeeded in developing a national Nazi movement modeled after Hitler’s, with a propaganda wing, youth groups, and its own version of the Schutzstaffel (SS), alarming politicians, law makers, and the media.  New York mayor Fiorello LaGuardia and prosecutor Thomas Dewey requisitioned the Bund’s financial records and sought to imprison Kuhn on tax evasion charges.  Charged with grand larceny and forgery for embezzling from the Bund’s bank accounts, Kuhn was found guilty and sent to Sing Sing and the Clinton Correctional Facility in Dannemora, New York.  He spent a good portion of the war in a federal internment camp for wartime enemy aliens and then was deported to Germany.

Fascism is a religion. The twentieth century will be known in history as the century of Fascism.~Benito Mussolini

Osama bin Laden was not the first radical leader to mix religion and politics.  In Depression-era America, Father Charles Coughlin, pastor of the Shrine of the Little Flower in Royal Oak, Michigan, was one of the first televangelists to use radio as a way of spreading the word of God, as well as his own political message.   Anti-Roosevelt, anti-Semitic, and anti-communist, Coughlin’s broadcast on Sunday afternoons drew tens of millions of people to their radios to listen to his mellifluous voice as he drove home a message of hate, salvation, and hope. 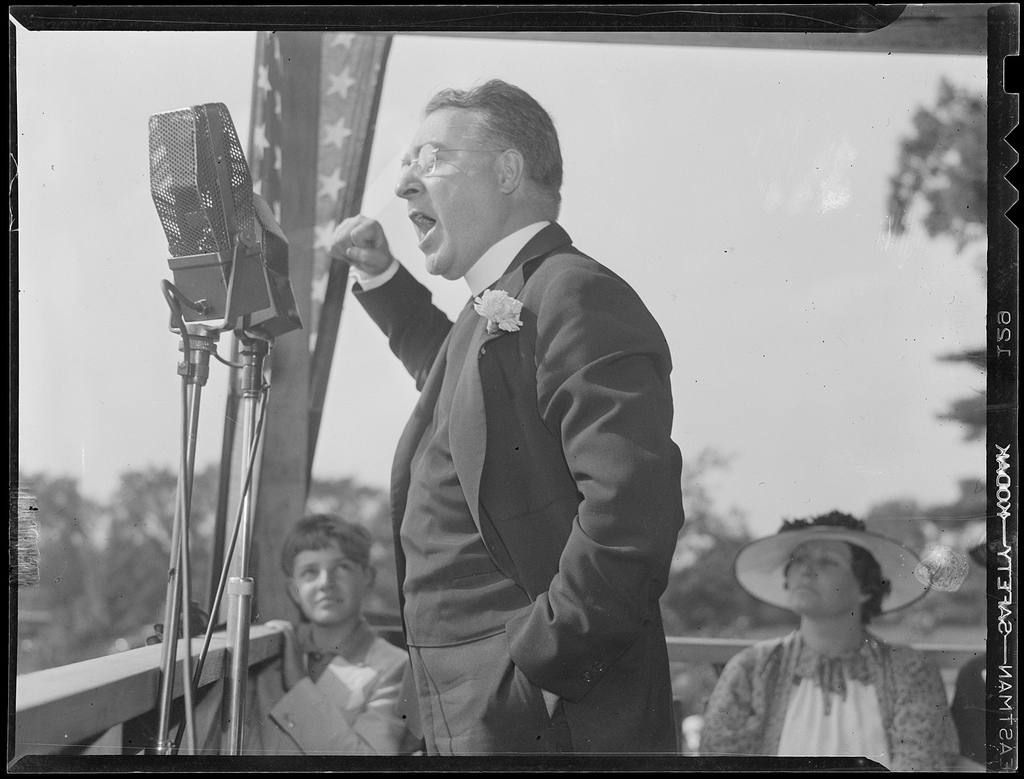 In the 1930’s he started publishing his own magazine, Social Justice, which delivered an increasingly strident message.  Coughlin became openly supportive of Adolf Hitler and accused Jewish financiers of controlling world politics.  He didn’t relent even after the United States entered World War II, claiming that the Jews had planned the war for their own benefit and were scheming to draw the United States into the war.

In 1942, FBI agents raided Coughlin’s church, seizing all parish records and his personal papers. During an investigation, US Attorney General Francis Biddle argued that Coughlin’s magazine Social Justice had repeated “in this country the lines of enemy propaganda warfare being waged against this country from abroad.”

US authorities allowed Coughlin to continue publishing his magazine, but he was prohibited from using the US Postal Service to deliver it.  In May, 1942, Archbishop Edward Mooney, the new leader of the Catholic Church in Detroit, instructed Coughlin to cease all non-pastoral activities or he would be stripped of his religious role.  A subdued Coughlin continued in his pastoral role at the Shrine of the Little Flower in Detroit until his death in 1979.

Fascism is not in itself a new order of society. It is the future refusing to be born.~Aneurin Bevan

“It can’t happen here”–some Americans think–but fascist elements have gained a foothold here and it will continue to gain control all over the world– if we let them.  In the 1940’s, law enforcement, politicians and the media took action and stopped these men from reaching their political goals.  Ordinary people like us can play our part too–warning others of the danger inherent in these messages of hate and letting our voices be heard by those who run the government.

This is the second post in a series called One Page, which highlights events from the past that resonate in today’s political climate.  To see other posts in this series, follow the links below.

Whispers, Lies and the Truth